In the same way that Visual Studio offers language packs to have multiple languages, which is really handy for developers of VS add-ins, Microsoft Office 2010 and higher also provides language packs, although not for free:

which are also handy for developers of add-ins for the VBA editor, to discover, for example, that the “Standard” commandbar name is localized (“Estándar” in Spanish), when it shouldn’t. 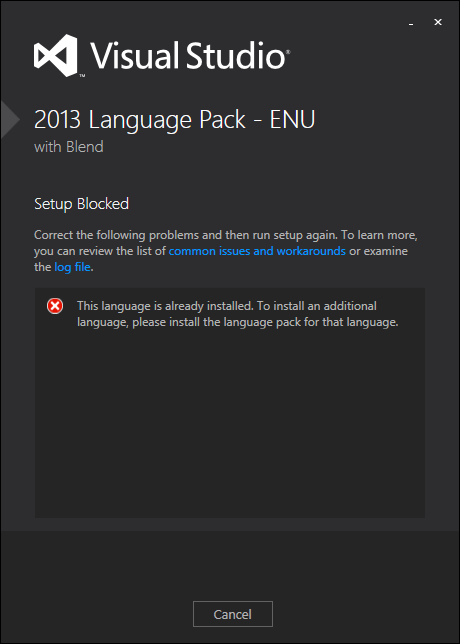 Today I have received an e-mail asking if there is a workaround to the problem that I explained in the post PRB: NotImplementedException adding a solution folder to a solution folder in Visual Studio from a macro or add-in.

I hadn’t updated the post yet until today but I already hinted the solution in this other post: HOWTO: Create a project from a Visual Studio add-in inside a solution folder

The trick is to cast the EnvDTE.Project.Object property to the EnvDTE80.SolutionFolder type introduced by VS 2005.

Here it is a sample code: