I found a reference to this one by Paul Harrington that I didn’t know in a thread of the MSDN VSX forum: 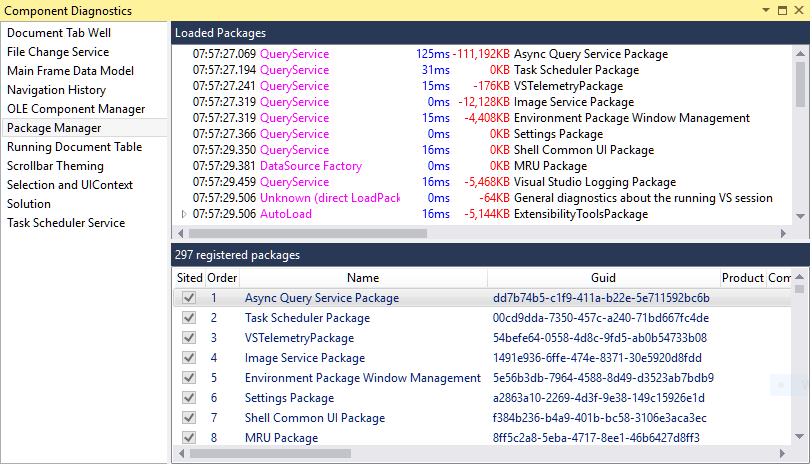 If your extension interacts with one of those subsystems, you can find it very useful. Furthermore, it is extensible so your own extension can provide diagnostics on that tool using the IVsDiagnosticsProvider interface.