For the most part, I love Visual Studio, but some weeks I hate it very deeply :-). In its current incarnation VS 2015, but also from its origins in VS.NET 2002, it is such a huge piece of software, composed of so many parts, that it’s quite fragile and not very resilient. Microsoft knows it and so it recommends to install betas and previews on non-production machines, that is, on virtual machines. Also, it is painfully slow to install unless your computer is fast and has a SSD. The other day I created a Hyper-V virtual machine on the Surface 4 Pro that I use at work to install VS “15” Preview 5. I don’t know how it happened exactly: I think that I deleted an existing Hyper-V virtual machine with the Visual Studio emulator for Android that I installed days ago for a Xamarin course and that I had to uninstall because in turn I had uninstalled Xamarin because it slowed my VS 2015 startup quite noticeably and Xamarin projects took minutes to create using the New Project menu (I want to love Xamarin, so I will use Xamarin Studio on my Mac). Anyway, my Surface laptop suffered a horrible BSOD at startup (APC_INDEX_MISMATCH or similar).

I could only recover it going back to a restore point. Visual Studio 2015 got an inconsistent state as a result. So I uninstalled it. And I uninstalled VS 2010 too, which anyway was suffering a crash for months each time I tried to show the properties page of any project. And I went to the Control Panel and I removed tons of stuff that were related to Visual Studio. But I forgot to delete the Visual Studio entries in the Registry and remaining folders on disk. When I reinstalled VS 2015 and launched it, the main window did not respond to mouse clicks, only a “ding” sound, as if it was shown an invisible modal dialog. So I uninstalled VS 2015 again and this time I deleted registry entries and remaining folders on disk. After reinstallation, just after the splash screen I got this empty modal dialog (and the main screen was not shown): 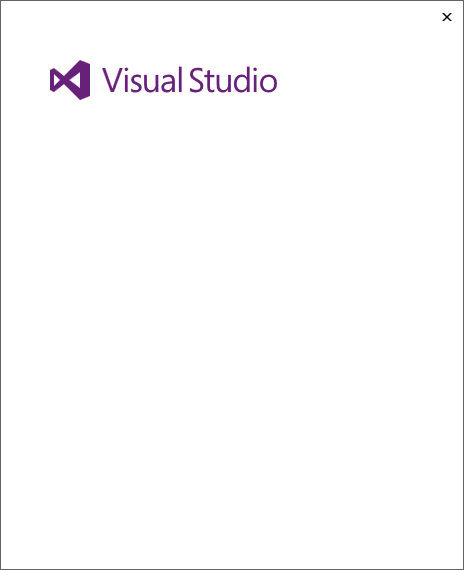 I tried to uninstall, repair, execute devenv.exe with all kind of “reset” flags, etc. to no avail. Since the alternatives are to reinstall Windows, or to give up VS 2015 and wait for the RTM of next VS “15” version, I decided to troubleshoot the problem. There are at least three approaches to diagnose Visual Studio startup problems: 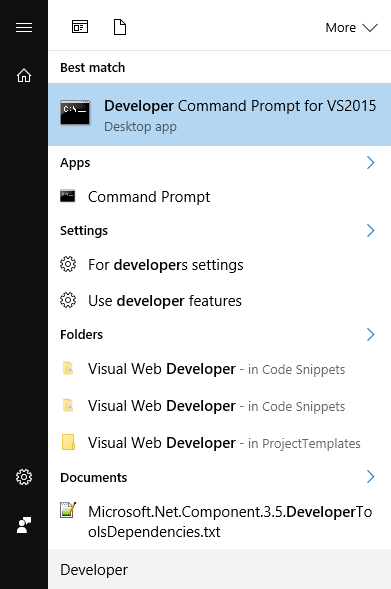 At the Developer Command Prompt, type:

So, in my case the problem is:

If the radiobuttons are disabled it means that it wasn’t launched with admin rights. Select the “Log bind failures to disk” and “Enable custom log path” settings, typing as custom log path “C:\Users\<your user>\Desktop”. Click the OK button, launch Visual Studio, and close or kill it once the error has happened. You will get some assembly binding failures: 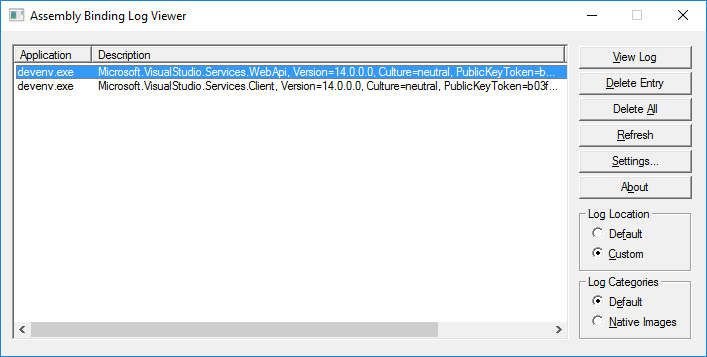 In my case, I got binding failures  for the assembly:

Clicking on any item of the list opens your browser with an .htm file with the details of the failure, the folders where it was searched for, etc.: 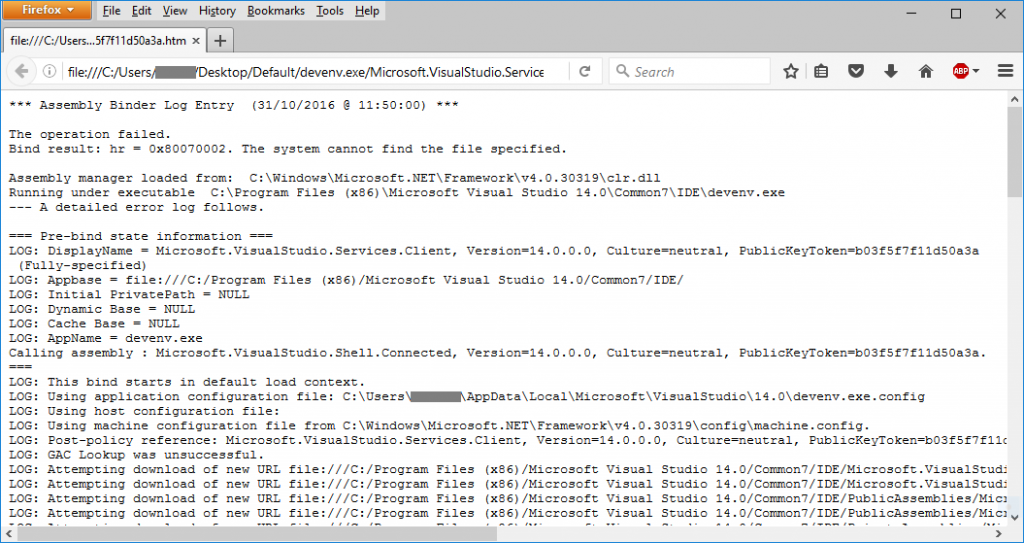 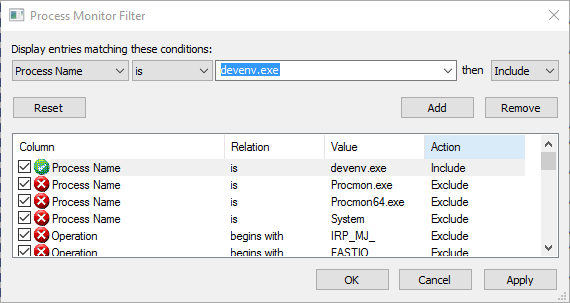 And in the output you need to dig into the results finding PATH NOT FOUND or similar errors for files that never appear as SUCCESS: