Another problem apart from this other one that can happen installing Visual Studio 2012 language packs to try your extension with other languages is the following:

“Windows Program Compatibility mode is on. Turn it off and the try Setup again” 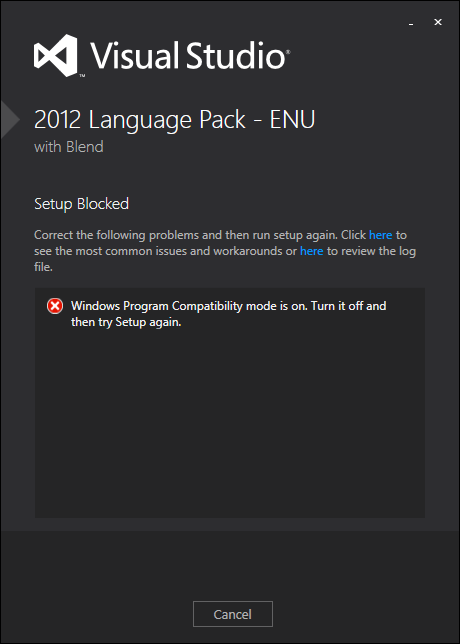 The error message is misleading: I have found that it happens if you rename the setup file from the original name “vs_langpack.exe” to something else, such as “vs_langpack_english.exe”, etc. (for example, to have all the language packs in the same folder).