While a couple of days ago I was testing the last .vsix installer of my MZ-Tools extension, now converted to a package, with Visual Studio 2015 Release Candidate, I discovered that its large image was not shown in the Extension Manager. At first I thought that it was my fault, because the VS SDK doesn’t warn you that a resource included in the extension.vsixmanifest (such as the license agreement) isn’t actually included in the package project. After fixing another bugs that were my fault, today I investigated this one, and it happens with all installed extensions, not only with mine. So, while browsing the Visual Studio Gallery (“Online” node of the tree), the large image is shown as expected. Here you have the Developer Assistant, for example: 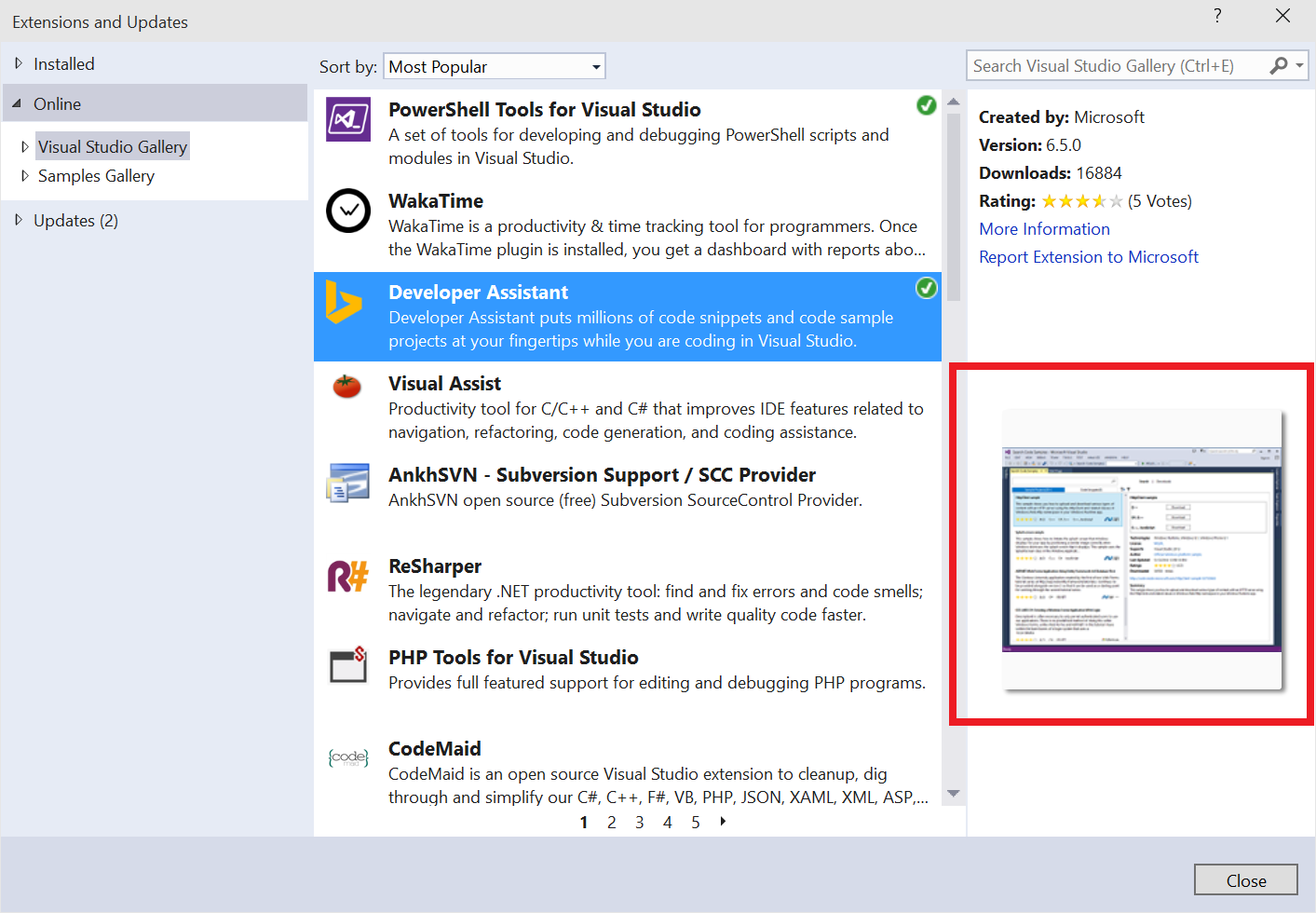 But once you install it (“Installed” node of the tree), its large image is not shown, the ugly default one is used: 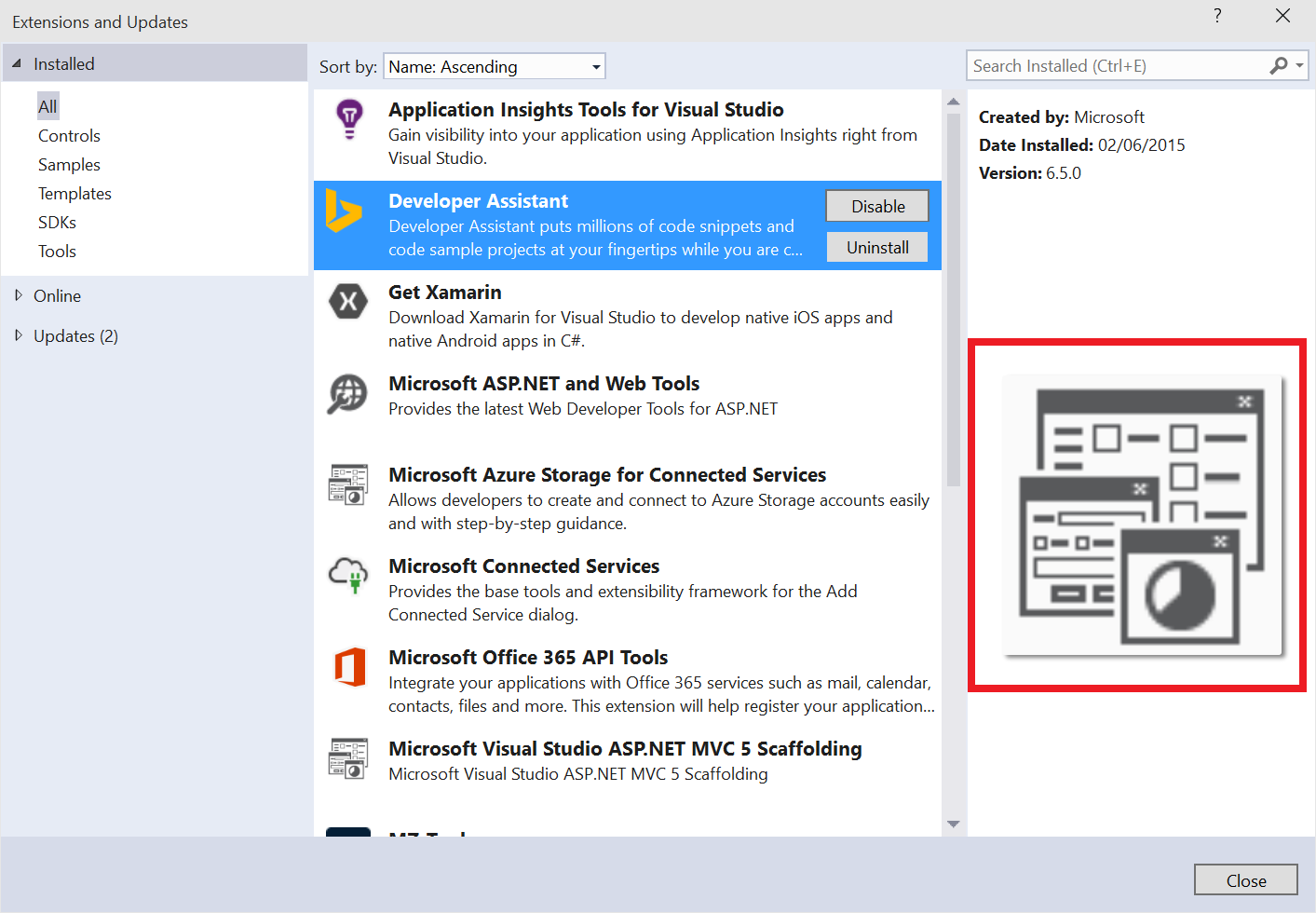 I have opened a bug on Microsoft Connect:

Hopefully it will be fixed for VS 2015 RTM. You can vote for it to make it so.