Recently I got a bug report from a customer of my MZ-Tools 8.0 add-in for VBA stating that it crashed the VBA editor of Autodesk Inventor 2016. If he uninstalled MZ-Tools, the problem disappeared. This user has been using MZ-Tools 8.0 for months but now, suddenly, this problem appeared.

I downloaded the trial version of Autodesk Inventor 2017 and I was able to reproduce the problem. This was the first window of the crash: 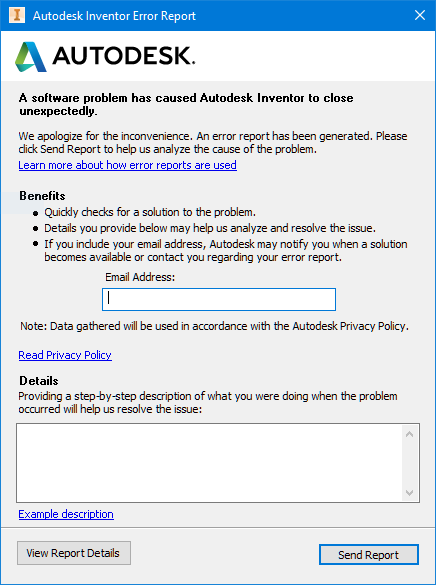 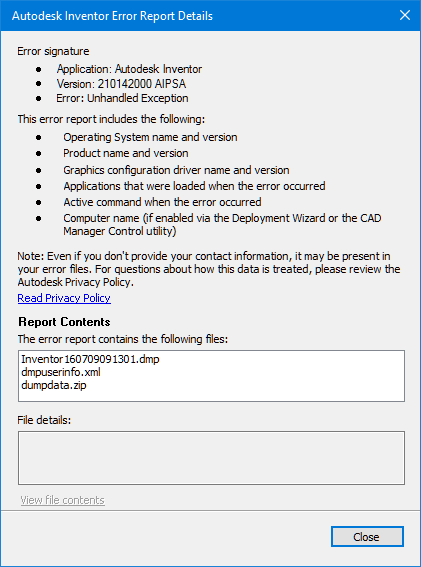 So, it was an unhandled exception. The dmpuserinfo.xml contained the stack trace:

So, when MZ-Tools shows a modal window, Autodesk Inventor tries to set a “quick access toolbar gradient color” using a function that crashes the app. Initially I thought (and so it was reported) that the crash happened only when MZ-Tools was set to load on startup, but not when loaded manually using the Add-In Manager. However, I realized that it happened at any time that MZ-Tools tried to show a modal dialog.

What could be causing this after months of normal usage? My main suspect was the COM Shim that I introduced in build 8.0.0.77 (June 1) to provide proper isolation from other .NET-based add-ins for the VBA editor. And certainly the hypothesis was correct. When I ran MZ-Tools without the COM Shim, the problem didn’t happen. So, it seems that WinForms dialogs don’t play well when loaded from a different AppDomain. The several Office apps and versions don’t suffer this problem, but Autodesk Inventor does. Although I reported the problem to Autodesk, I guess that likely they won’t fix it, or anyway the existing released Autodesk Inventor 2016 and 2017 builds will persist with the problem. So, as a workaround, the new setup of MZ-Tools 8.0 for VBA will detect if Autodesk products are installed. In that case, the setup won’t register MZ-Tools using the COM Shim.