As you may already know, VS 2017 (formerly VS “15”) introduces a couple of very welcomed changes: 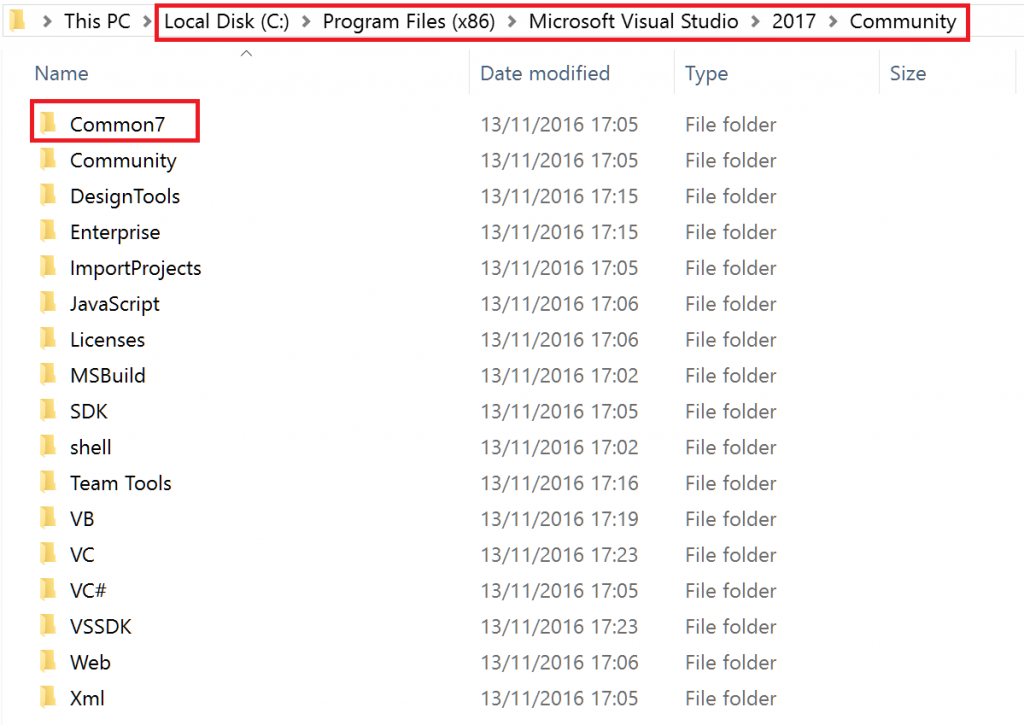 If you want the details about the new setup experience, the official posts from Microsoft about this on the Visual Studio blog are the following:

On the Road to Release: Redesigning Visual Studio Installation

Instead, the VS 2017 private registry is stored in your AppData folder:

Fortunately, you can use regedit.exe to load a private hive. You need to select the HKEY_USERS node, and click the File > Load Hive… menu. You select the privateregistry.bin file, give a name to the hive (I entered “VS2017PrivateRegistry”) and now you can see the 15.0<id>_Config key populated as usual (note: use File > Unload Hive when done): 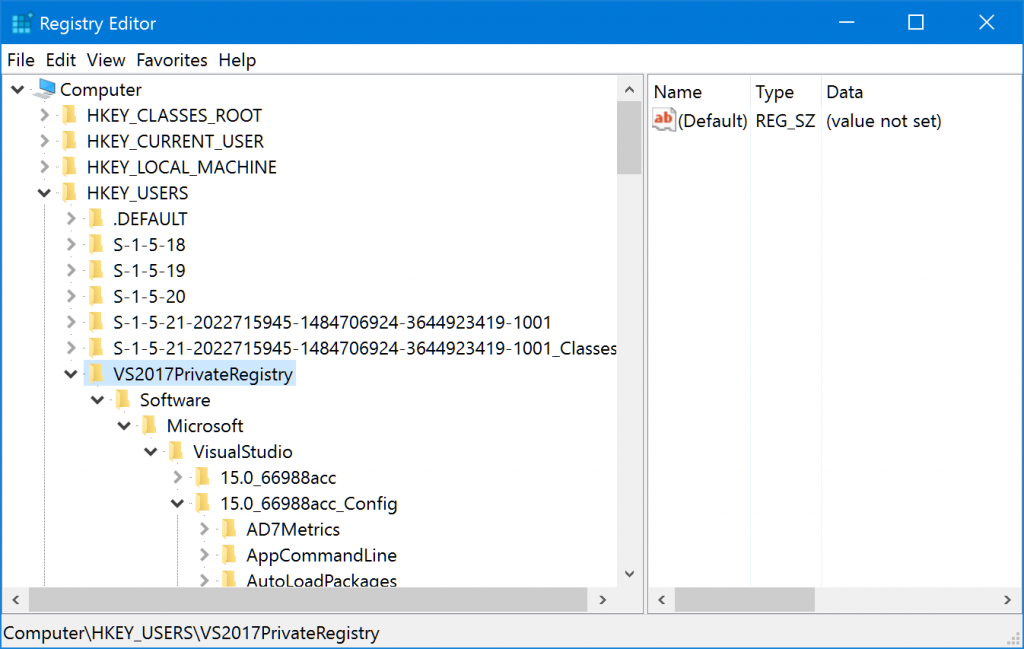 Hopefully all this isolation and resilience can prevent the problems that I suffered with VS 2015 when my Surface Pro 4 crashed at boot time due to a buggy antivirus update (I never recovered VS 2015).

So far, so good, but all this will cause some issues to VSX developers. I adapted my MZ-Tools extension to run in Visual Studio 2017 some weeks ago and I am these days migrating my old .NET-based custom builder for MZ-Tools to fully embrace MSBuild and hopefully to use a separate Windows Azure build server, better environment/workspaces isolation, etc.

The changes above can cause some trouble:

I reported this to Microsoft through private channels and on Microsoft Connect (VsWebSite.Interop.dll extensibility assembly not installed by Visual Studio core editor) and the only answer so far has been that the extension must declare a dependency on the Microsoft.VisualStudio.WebTools (which installs that assembly), but that is not a solution for me since:

1) That component installs tons of files related to web development, not only VsWebSite.Interop.dll. The user should not be forced to install web-related stuff (project templates, etc.) that she doesn’t require and that would dirty the Visual Studio installation for that simple extension to work.

2) Even if only VsWebSite.Interop.dll was installed by that Microsoft.VisualStudio.WebTools component it would be annoying for users to install that component.

It is a good thing that Microsoft uses EnvDTE / VSLangProj internally and therefore they needed to include them in the Core Editor. Otherwise they wouldn’t be there either. You know that I am not very fan of EnvDTE/VSLangProj although I still use them very heavily (Microsoft has insisted that they are not going to disappear or be deprecated).

Fortunately, there is a workaround, that is what I used. I refactored the methods of MZ-Tools that use the types of VsWebSite.Interop.dll to move the code inside the method that uses the types to a new method and then handled gracefully the FileNotFoundException. For example: